The Fountain is a porcelain urinal from 1917, produced by Marcel Duchamp. The piece was submitted for the exhibition of the Society of Independent Artists in 1917. The Fountain was rejected by the committee, even though the rules stated that all works would be accepted from artists who paid the fee. The work is regarded by art historians and theorists of the avant-garde, as a major landmark in 20th-century art. The original has been lost, and 17 replicas commissioned by Duchamp in the 1960s now exist. 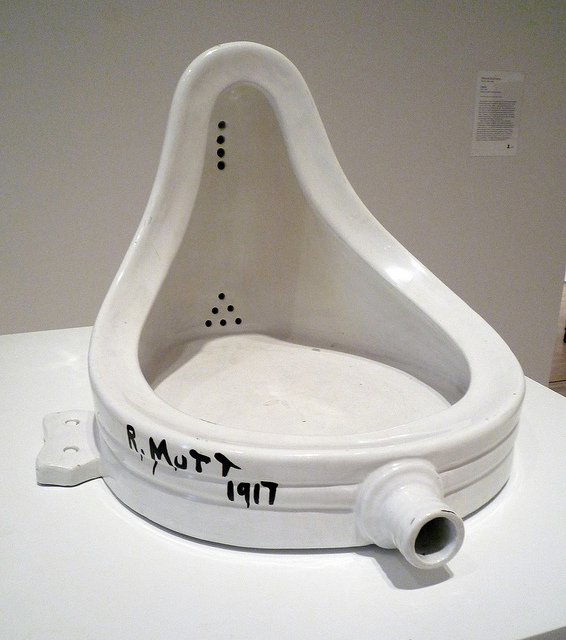